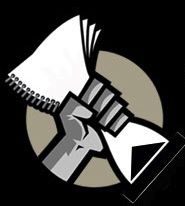 Delighted to be one of 125 writers who moved to round two of the 9th annual Screenwriter’s Challenge.

This international screenplay competition challenges participants to create original short stories in as little as 24 hours. It’s put on by NYC Midnight Movie Making Madness, “an organization dedicated to discovering and promoting a new wave of talented storytellers.”

The 299 entrants were broken into 25 heats and given a week to write a 12-page script. My group had to incorporate these elements:

My second round assignment was just as exciting, with the added restriction of having just three days to craft an engaging 8-page story:

Aside from being a lot of fun, the best part about this contest is not just that you receive feedback on each script, but that it also includes a screenwriter’s forum, which allows you to post your script and receive feedback as well as getting to see how other writers interpreted the assignment. I’m definitely signing up for next year.